This assignment is related to ” Report Writing Assignment” and experts at My Assignment Services AU successfully delivered HD quality work within the given deadline.

These assignments are solved by our professional report writing assignment Experts at My Assignment Services AU and the solution are high quality of work as well as 100% plagiarism free. The assignment solution was delivered within 2-3 Days.

Our Assignment Writing Experts are efficient to provide a fresh solution to this question. We are serving more than 10000+ Students in Australia, UK & US by helping them to score HD in their academics. Our Experts are well trained to follow all marking rubrics & referencing style.

An education system plays a very important role in the development of a country and its citizens. At the same time every country has a different education system and its contribution is also different in the lives of citizens. There are many students who prefer to go to abroad for higher studies because of several reasons. This trend has been observed among Indian students who are going to Australia for higher studies (Batalova, 2007).The number of Indian students in universities in Australia is gradually increasing and with this increasing numbers the problems and issues faced by Indian students in Australia are also increasing. There are a number of contributing factors that are increasing problems of Indian students. These problems would be discussed in detail in the report.

Methodology deals with the mode with which data is collected to prepare this report. Ideally there are two methods that can be used in collecting the data for the report. These methods are primary data collection and secondary data collection. Methodology also includes interpretation part. Interpretation helps in analyzing facts and figures that are being collected using one the above two methods. For the purpose of this report secondary data collection method is used. In this method the relevant information such as education system of India, education system of Australia, problems faced by Indian students in Australia, comparison between both the systems, initiatives taken by Australian universities for Indian students, etc. are collected with the help of literature, previous researches, newspapers, articles, journals , etc. Thus the secondary tool for methodology comprises of data that is already available and it is second-hand data. This methodology is the most suitable with respect to this particular situation because it would enable in knowing about the past incidents.

To analyze all the facts and figures efficiently it is very necessary to first prepare the strong background. For making a background methodology plays a significant role. This background information and data that is being collected will help in next sections to elaborate on the topics and prove their rationality. Hence, methodology is the most important part of this report. This section will help in taking the report to the right direction.

Indian education systems owe its existence to ancient “Gurukul “system. In the past centuries there was a system that students will have to stay with their mentors (Guru) and there they used to learn literature, war techniques, eating habits, etc. In short they were skilled in every aspect of life. Gradually this system is being taken over by three tier system and there have been many changes in the system. At present the education system of Indian is divided into three parts that are primary education system, secondary education system and tertiary education system. The schools, academies and institutes in India are owned by public as well as private sector. There is huge intervention of the constitution of India on the education systems .The constitution of India has laid down that education is compulsory for children in the age group 6-14 years under the right to education act (Varghese, 2008). This right to education act also laid down that the education is free and compulsory for these students who are falling under the age group of 6-14 years. This initiative has been taken to improve the level of education in India. The constitution of India also have several provision related to the reservation of some castes in the educational institutes. All the public owned institutes have to reserve 50 % seats for the students belonging to reserved categories. Except for this there are provisions of giving scholarships to the students belonging to reserved categories.

The education system in India starts from kindergarten and goes till Bachelor’s degree. It generally takes 15 years for a student to complete his/her education till graduation degree or bachelor’s degree. Of these 15 years 12 years are generally taken by students to complete school education. The school education gets finished when a student gets passed in 12th standard. Generally the structure of education system in India is “10+2+3”. The 10 years mentioned here are for primary education and secondary education and the 3 years are for tertiary education (Mukherjee & Chanda, 2012). The education system of India had become adamant gradually and the reason is that after passing class 10th students are required to take specializations. There are majorly three specializations that are offered by maximum institutes that are science, commerce and humanities. For this reason students are inclined towards these specialization and they could not think outside the box. The Indian education systems focuses more on grades and ranks rather than practical knowledge.

India has large number of primary and secondary schools but when it comes to higher education students have very less choices of institutes to choose from. The language of instruction in Indian universities and institutes are basically English but there are some institutes where Hindi and other regional languages are used. The funding for public institutes in India comes from local level administration, state level administration and central level administration. In the Indian education system the apex body for designing curriculum and other school related matters is NCERT (National council of educational research and training). There are many schools in India that are affiliated to foreign programs. The technical courses of the universities are controlled and governed by AICTE. Thus, there are many apex bodies and institutes in India that are controlling the education system and making efforts to develop it. The irony of Indian education system is that parents are not willing to send their children for schooling in government owned public schools but students are dying to get admission into government owned higher education institutes such as IIM and IIT. 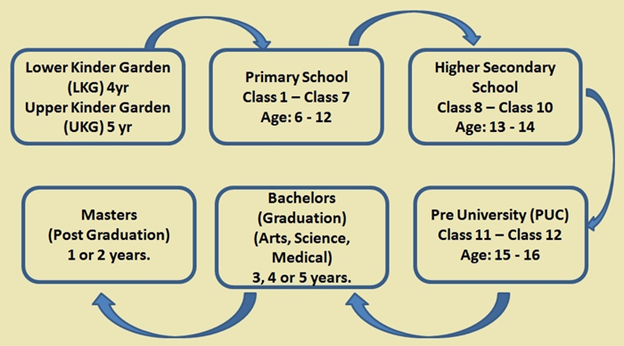 The responsibility of managing education systems in Australia is of territories as well as states. Each territory as well as state provides for funding to public as well as private schools and at the same time they also have powers to regulate it. This is something that enables the government of Australia to keep a check on education practices and make them efficient. The role of federal government is to provide funding but it shall be noted that it is not involved in developing the curriculum of the university. There is a body called Australian National curriculum that is under development but some schools have adopted it and other will adopt it soon when it would become compulsory to adopt it (ABC, 2009).This is the body that sets curriculum and is basically helping in maintaining uniformity among schools and the level of education. The school education system of Australia is very efficient and is focused towards developing practicality among students so as to develop their intellectual. There are wide varieties of courses being offered by Australian universities. These courses are prepared according to the demand of the market. 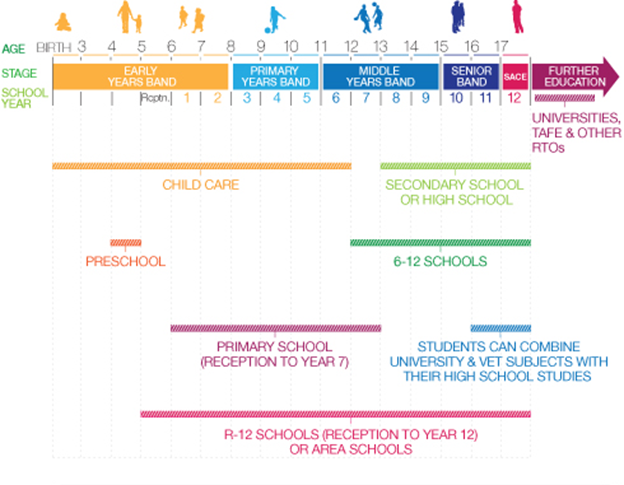 Comparison between both systems

The foremost issue that is faced by Indian students is language problem. In Indian education systems except for English universities also focus on other regional languages and due to that command of students over English is quite weak. The mode of instruction in Australian universities is majorly English and that becomes a problem for many students to understand. The students are not able to understand what is being taught to them in the class room and due to that they are not able to perform well (Ahmed, 2006). This is the problem most of the Indian students face in Australian universities and then many of them leave the course wasting money as well as the time. Then the next issue comes when they are not aware of the basic concepts. Tutors in Australian universities expect that the fundamentals are clear to every student in the class and thus they teach at advanced levels. But the problem here is that an Indian education system has not been able to provide the students with basics of any stream with a practical aspect. Due to this Australian students and other students from different countries could perform well but Indian students could not. This is a reason of depression and de-motivation among many students.

What Australian universities are doing to help Indian Students?

How to improve Indian education system

Indian Education systems are required to break stereotyping. The mentality in India is that people shall opt for science, commerce or mathematics. Except for these disciplines all the other disciplines are waste and are taken by someone who is not capable enough. This mentality is required to be changed and students are required to be motivated to take other streams as well. Due to this Indian students are not active in other activities like arts and sports (Nyland, Mewett, & Marginson, 2011). It will help in improving the education system to a very great extent. If Indian education system is to be improved then the examination scheme shall also be changed. Under this system students are only concerned with getting good grades and due to that actual learning does not take place. Except for these issues the curriculum is also required to be updated according to the dynamicity of the world to prepare the students. Infrastructure and technology is also required to be improved to improve Indian education system.

What else Australian universities should do to help Indian students

Find Solution for Report Writing assignment by dropping us a mail at help@myassignmentservices.com.au along with the question’s URL. Get in Contact with our experts at My Assignment Services AU and get the solution as per your specification & University requirement.

Subscribe to get updates, offers and assignment tips right in your inbox.

Doing your Assignment with our resources is simple, take Expert assistance to ensure HD Grades. Here you Go....